portfolio
who we are
news & events

GET IN TOUCH WITH US
Home
Program

Portfolio
Who We Are
News & Events

get in touch with us 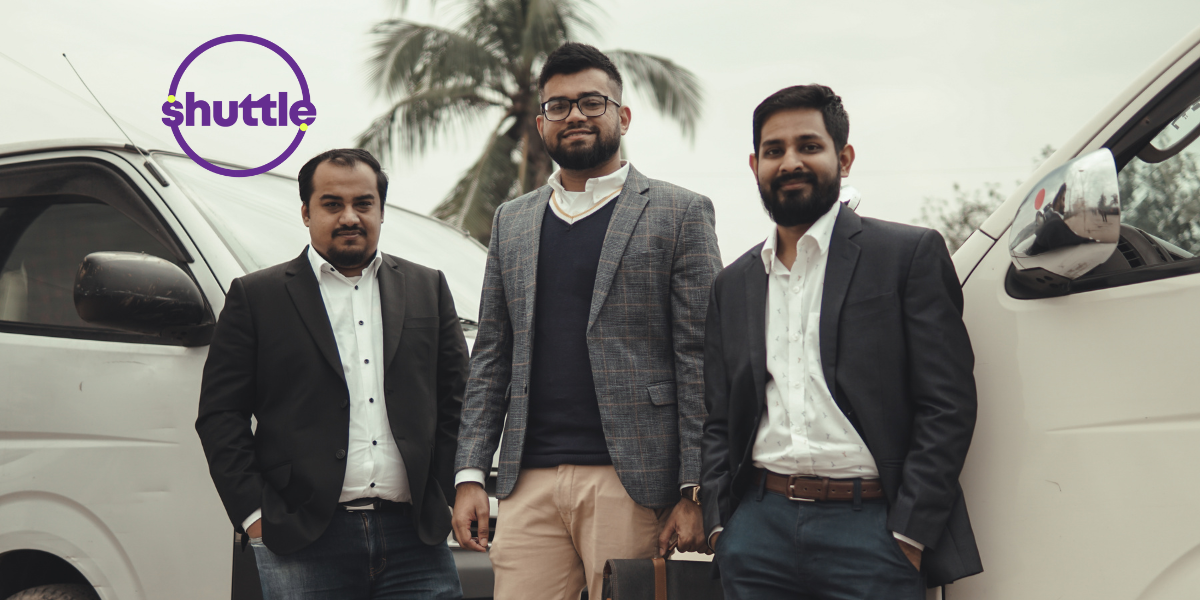 Bangladeshi transport-tech startup Shuttle has recently announced USD 1.5 million in new
funding, bringing its total investment to USD 2.5 million to date. The company charges less
than one-third the price of regular ride-sharing by clubbing 4-10 people together in sedans
and minivans. Shuttle's potential to change the consumer transport dynamics and reduce
pollution in congested cities has earned its founders spots in the Forbes 30 under 30 Asia
list.

‍
The round was led by South Asia Tech, a growth stage venture capital fund focused on
logistics & e-commerce startups in South Asia. Other investors in the round include Startup
Bangladesh Limited - the only government VC fund in the country, investors from
Bangladesh Angels Network (BAN) and some existing investors including Accelerating Asia.
Shuttle started its journey back in 2018 with pre-seed capital from Robi Axiata Limited. List
of other previous investors include SBK Tech Ventures, Accelerating Asia, The Ventures
(South Korean VC), BAN and local/global angels. In addition, the company also received an
impact-matching grant from Biniyog Briddhi, a public-private development partnership
(PPDP) between the Embassy of Switzerland in Bangladesh, Roots of Impact, and
LightCastle Partners.

‍
After its initial success with providing women-only services, Shuttle later added unisex and
B2B offerings to bring convenient and affordable daily commutes for the middle-income
people in Bangladesh.

‍
More than 30,000 university students and office-goers are registered on the Shuttle platform,
with the majority being women. The company has also worked with over 50 organisations
(B2B clients), including the largest multinational companies (MNCs) in the country. Shuttle is
also set to launch a new service, “Shuttle for School” for the students in Dhaka city, which is
a milestone project initiated by Dhaka North City Corporation (DNCC) to reduce traffic
congestion in the metro.

‍
Shuttle’s Co-founder & CEO, Reyasat Chowdhury mentioned, “We are thankful to South
Asia Tech and all other investors for believing in our vision of making daily commutes
convenient and affordable for the middle-income people in Bangladesh”. He also added,
“The new funding will help us expand our footprint across the country through further
investments in tech, product and team”.

Ashfaque Chowdhury, General Partner at South Asia Tech had this to say, “We support
innovative startups that are tackling large problems and stand to gain from the substantial
growth of the economies in South Asia – the region with the fourth largest GDP in the world.
Shuttle’s focus on solving a major problem for middle-income consumers, with special
consideration for women, truly caught our attention and we are thrilled to be supporting them
in their mission.”

‍
“Shuttle has been working tirelessly to solve a major problem in Bangladesh’s transportation
sector and their innovative approach is truly commendable. I am confident that this
investment will strengthen Shuttle’s position and allow them to expand their services in the
future”, said Sami Ahmed, Managing Director, Startup Bangladesh.

‍
Sonia Bashir Kabir, Founder & Managing Director at SBK Tech Ventures, cited, “We are
glad to be supporting Shuttle since the beginning through Robi’s r-ventures program. I
admire Shuttle&#39;s contribution in improving safety for women during commute in our country.”
The startup has a total addressable market of USD 13.5 billion in Bangladesh. The team
believes that the solution can be replicated in other developing countries with densely
populated cities in the future.

‍
“What impressed us most about Shuttle is the category it targets: mass transit. The company
is solving mobility problems that affect the majority of the population in Bangladesh and in
other markets. By doing so, Shuttle is helping people get places in more ways than one:
People can enjoy not only faster and safer commutes, but additional economic opportunities
from the time that they save,” said Craig Bristol Dixon, Accelerating Asia’s Co-founder and
General Partner, after their follow-on investment.

Invest in the future

INVEST IN OUR FUND

In making an investment decision, investors must rely on their own examination of startups and the terms of the investment including the merits and risks involved. Prospective investors should not construe this content as legal, tax, investment, financial or accounting advice.